The past couple of years have been a strange voyage indeed. So much confusion has been wrought, yet so much clarity has been gained.

My own journey has taken me to places I never would have anticipated—from a hectic ride in the back of an ambulance to the harsh confines of a concrete jail cell; from church pews that welcomed me back after a long hiatus to a certain momentous gathering in Washington, D.C.; and from a dusty apartment in South Carolina to an idyllic new home in Ohio. But these are merely the physical locations where I sometimes ended up. Within my mind, the places I visited were way more intense. 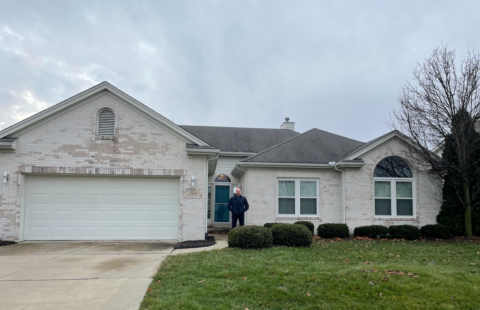 For many years I have attempted to be a pragmatic participant in a world that is both logical and absurd, periodically describing various aspects of my philosophical framework in prior essays. However, I have not written about such matters in quite a while, and have intermittently wondered during that time whether everyone and everything might just be the whimsical handiwork of a cosmic Orchestrator. The idea is not without precedent.

This is a grandiose assertion though, so let’s digress by broaching a few topics that, for many of us, have become relevant enough to warrant exploration: alcohol, politics, and that stupid virus. On the subject of drinking, I once had no interest at all in undertaking the practice, but my eventual decision to do so emerged from the same source as so much else: pure frustration. My forays into drinking facilitated occasional escapes from a simplistic, debilitating society, but often led to unparalleled forgetfulness and regret. Importantly I have been sober for several months as I write this, thus granting me the perspective required to offer explanations and issue apologies as needed.

The predominant activity of my inebriated states is now well known to many: wild and jarring text messages sent during the oddest hours of night. Whatever emotional responses these might have evoked in the people who received them were likely surpassed by my own cringing horror upon rediscovering them the next day. I was apparently attempting to use my trusty tools of choice—words—to forcibly fashion a better reality, but the results were comparable to someone wielding a pair of nunchucks for the first time.

Speaking of nunchucks, I never got around to writing about my exhilarating trip to Japan in 2017—or for that matter, my presence at the final game of the 2016 World Series, a tense and monumental affair for the ages. Indeed many events in my life have yet to be expounded or elucidated here, but perhaps that will change in the coming months. First I should continue elaborating on those damnable texts and proffer some conclusions regarding them.

I do apologize to those of you who were troubled or upset by my largely incoherent ramblings. I also hope they didn’t bother you too severely, given my mental condition during their composition, and given their relative weakness compared to sticks and stones. Once again I would point to frustration as the basis for their existence, so now seems the appropriate opportunity to investigate what exactly has contributed to my frustration over the years. This is where politics enters the fray, and so does its cohort, philosophy.

I believe my chief frustrations (and probably yours as well) begin with nebulous yet heartfelt insights, which crystallize over time into principles that seem as obvious as the sun in the sky. One such principle that absolutely seems to govern mankind and our interactions is the struggle between those who are competent and those who are jealous. An intriguing aspect of this struggle is that the two sides seem to attain influential positions of power in fairly equal measure throughout history. This fundamental lack of correlation between talent and status provides both an incisive explanation for the sheer volatility of human civilization and an inescapable source of frustration for those who experience this dichotomy for themselves.

Whenever jealousy overtakes competence in the political arena, the practical effects on people’s lives range from unfortunate to disastrous. Economic calamities, surges in violent crime, and misbegotten foreign entanglements are customary. Worse yet, I believe that jealous rulers are fully aware of their utter ineptitude and tend to redouble their ill-conceived efforts out of spite towards those who are more capable, more intelligent, and more talented. Such is the potency of their envious rage.

You may be able to infer at this point what I think of the current occupants of the White House. And if you voted for this mess, you should be embarrassed and ashamed for what Americans are now having to endure. Whether you were coerced by the jealousy of someone else, or were clinging desperately to your own, now would be an excellent time to leave that decadent mentality behind and pursue competence and reason instead. Of course I don’t expect this essay or any other particular strategy to sway such an individual—I am content to rely on some combination of miracle, mystery, and happenstance to do the work. Or perhaps the Orchestrator will see fit to change your mind.

For four years our country was led by Chief Executive whose policies were steeped in common sense and brought successful and measurable results to Americans at all levels. I suppose I could provide a rote summary of President Trump’s accomplishments: record unemployment numbers, proper border enforcement, no foreign military conflicts, criminal justice reform for nonviolent offenders, numerous judicial appointments, energy independence, and international trade deals that were not exclusively to our detriment. These constitute an indelible record of competence in the midst of outrageous jealousy. Dimwitted journalists, ignorant entertainers, corrupt bureaucrats, and berserk rioters all lashed out in their predictably irrational ways, led by a cadre of sinister ghouls in congress who are so nakedly devoid of integrity and honesty that one must entertain increasingly outlandish theories to adequately explain their words and actions.

Nevertheless let’s move on and briefly discuss COVID. Obviously its effects on society have been alarming, just as it has clearly influenced many of my decisions (and mistakes) since its arrival. It has exacerbated the oppressive and censorious tendencies of the jealous and produced a creeping dystopia that most of us are still trying to escape. But escape we must. Is this why I packed up my possessions and set out for Ohio, where I now sit beside my rear window and gaze upon a snow-covered plain with several serene houses in the distance? Perhaps it was an escape of sorts, but moreover it is now a welcome opportunity to reset.

Long ago I read Voltaire’s Candide, and it has stuck with me like few other stories have. In it, a small band of friends suffers a steady stream of misfortune while the world around them descends further into madness. When society’s absurdity finally reaches its peak, the group withdraws to a quiet place to call home. A nearby neighbor explains that he and his children are content to live on this countryside and farm the land, saying “our labour preserves us from three great evils—weariness, vice, and want.” The message resonates with Candide, who likewise exhorts his companions, “let us cultivate our garden.”

In that spirit, I hope to undertake my day job and my side projects successfully in this new place, where I will also be in much closer proximity to family. I hope to write more frequently as well, especially with respect to the curious situations I mentioned in my introduction. But for now I wish to leave you with some valuable sources of sanity amidst the pervasive ridiculousness we presently face.

That should suffice for now. Please do your part to extol truth and ostracize foolishness, channeling that same righteous indignation which inspired ancient prophets to cry out for heavenly help when their patience had finally worn thin.