Remember their faces, adorned with beaming smiles. Remember their stories, full of mischief, laughter and love. Remember their final hour in this world, and the ungodly shock we felt. Remember the children of Sandy Hook, because only the strength of those memories will embolden us to honor them with all of our courage and resolve. 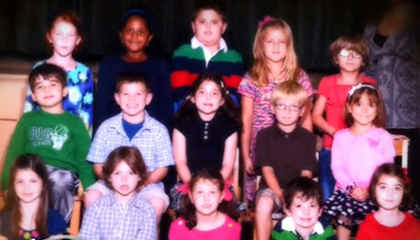 Murdered: all but one of the Sandy Hook first grade class

As the news trickled in and I saw the photographs of these first graders, the teachers, and the faculty who were gunned down in cold blood, I couldn’t help but think of my mom, a kindergarten teacher for over a decade, and the pictures she routinely shows me of the boys and girls in her class. Sometimes dressed in costumes, sometimes finger-painting, sometimes outside on the playground—but always smiling—they have brought her incredible joy over the years. I was sickened by the thought that such utterly innocent children as these had been murdered. And I was ashamed that the rampant gun violence in my country had reached such unparalleled extremes that only now was I awakened to the real horror of it.

The culture of guns, particularly in U.S. society, demands an examination that is long overdue. Only if the faces of Sandy Hook and other such tragedies are seared into our thoughts will our consciences be awakened and driven to act. While gun law reform is undeniably only a part of the broader solution for gun violence, it is an area that can be addressed swiftly and sensibly. Plenty of useful proposals have already been written, so I won’t belabor their points, but the most prominent ideas include bans of military-style weapons and high-capacity ammunition clips, a more thorough system of background checks, and more aggressive prosecution of gun traffickers. The NRA’s recommendation of armed security at each school seems more prudent than many give it credit for—at least the threat of resistance would exist in our public places—but the long-term goal should be to remove the deadliest of weapons from our communities. The absolute best source of background information about America’s mass shootings and proliferation of guns is Mark Follman’s report at Mother Jones—please read that article if you haven’t already.

The massacre at Newtown actually serves to demonstrate how a ban on rapid-fire weapons and ammo might have lessened the carnage. Since the killer’s mother was by all accounts a law-abiding citizen, and her weapons were the only ones readily available to her son, the killing power of that arsenal could have been significantly lower with more restrictive gun laws in place. Whatever else might be said about the mother’s ownership of those guns and her trips to the gun range with a son whom she knew had psychiatric problems—and I am not prepared to judge that mother too harshly—we should at least acknowledge that in this case, the old argument that murderers will always find a way to obtain a gun illegally does not apply. This time, the murderer simply used what was at hand.

I should mention at this point that my own family background is steeped in responsible gun ownership, but that I personally do not own (and do not want to own) a gun. When I was younger, my dad took me shooting a few times. I mildly enjoyed blasting soda cans with whatever shotgun we brought along, but I never developed a passion for shooting or hunting. I credit my father, however, for teaching me gun safety and ensuring that I understood the seriousness of holding and firing a gun properly. Years later, I attended a church outing at a police officer’s private shooting range, where a group of us fired several different kinds of firearms at targets and clay discs. After this activity, I could more easily sympathize with those who find enjoyment shooting guns, yet I still felt a certain strangeness about the experience. There is a heaviness about firing a weapon—a heaviness of responsibility and a vague sense of dread. It was crystal clear how quickly a tragedy could occur, whether accidental or not.

The sobering effect of these thoughts and experiences only reinforces my belief that rapid-fire guns with high-capacity ammunition do not belong in the hands of civilians under any circumstances. The opposing arguments are well-known: preparation for possible government overthrow, the ability to deal with an extreme number of simultaneous attackers, or even just the thrill of owning and shooting such high-powered weapons under the supposed blanket protection of the second amendment. I have often wondered if those who subscribe to any of these reasons ever truly attempt to identify with victims of gun violence. Remember once more those who were slain in classrooms, in theaters, in shopping malls—really try to imagine their horror. Do you believe the cost to society of rapid-fire weapons is worth it? 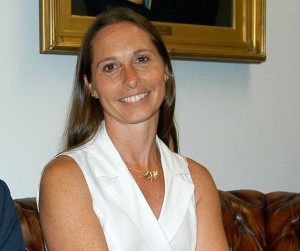 But guns are only one aspect of mass murder and violent crime in general. The other crucial component is the human mind. Each of them requires our civic focus, but while improved gun laws can be feasibly devised based upon what has worked for other countries (like Canada, Australia, and Japan), taking steps to intervene in the lives of the mentally disturbed may prove more difficult. Whatever treatment is offered to such individuals, their mental conditions should never be accepted as an excuse for acts of extreme violence. Nor should we be inclined to blame video games and movies for their crimes, since such entertainment is equally popular in places that endure far fewer gun-related deaths. The murderer who sprayed bullets into 26 human beings at that elementary school was an abhorrent coward. And though no nation in history has remained unscathed by the brutal behavior of such cowards, it is a primary concern of any nation to protect the rest of its people from them. Our schools should be empowered to identify problem children by the time they enter high school and take the necessary steps to treat them and shield the other students from their erratic tendencies.

Plenty of social outcasts don’t resort to maniacal acts of violence, but unfortunately the psychological profile of mass murderers is all too predictable: quiet, humorless, and male. They tend to have remarkably similar motives for acting out their hateful impulses, and they often provide plenty of warning signs for their future atrocities. In countless cases of homicide, if the relevant authorities had acted (or been allowed to act) upon their intuition, a terrible crisis could have been averted. The significance of this seemingly simple concept cannot be overstated. Mental facilities and law enforcement should be working hand in hand to ensure that extreme social outcasts are receiving treatment—or confinement—so that the rest of us are safe. A vehicle bearing handcuffs or a straitjacket should have arrived at the Newtown killer’s residence long ago.

Harvard professor David Hemenway has extensively researched the issue of gun violence in America and advocates treating it as a public health issue, just as we treat pollution, food poisoning, or AIDS. As he says, “We have by far the most permissive gun control laws, the weakest gun policies of any country. It’s not even close. Not surprisingly, we have more gun crime and more gun homicide… We can do so much better.” The effects of gun violence on our communities has been drastic, creating cesspools of fear within many urban areas especially. Now the violence and fear have claimed 20 schoolchildren in a town long considered safe and peaceful. 10,000 more lives are taken each year by gun crime in America. I sincerely hope that each of us finds this unacceptable.

Tonight, families in Newtown, Aurora, Oak Creek, Minneapolis, and elsewhere still grieve over loved ones lost. Their souls strive for comfort while their minds search for answers. In a beautiful essay on suffering and faith, Father Kevin O’Neil tells of the many occasions where he was called upon to console families in similar circumstances, and how the answers did not come easily, if at all. No Bible verse, no theology can explain away the totality of such loss. He writes, “We are human and mortal. We will suffer and die. But how we are with one another in that suffering and dying makes all the difference as to whether God’s presence is felt or not and whether we are comforted or not… Faith is lived in family and community, and God is experienced in family and community. We need one another to be God’s presence.” May we be God’s presence to those who need him, and may God’s presence be apparent to us even now as we need it most.