The construction of the Ultimate Mix Tape is perhaps the loftiest goal and highest challenge for any music lover. No surprise, then, that I’ve delayed undertaking the endeavor for so many years. As with any creative pursuit, the best results flow freely during times of sudden inspiration, and at long last, that inspiration has come. For the past couple of days, I have gradually assembled a playlist of songs that have impacted my life in ways I can scarcely overstate. During high school and two collegiate tenures, long drives down endless roads, moments of triumph and times of trouble, this music has on numerous occasions saved my day—and maybe even my life. 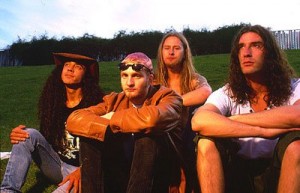 I gave myself a few ground rules as the exercise commenced. The finished collection had to fit on two CD’s, and no artist or album could be represented more than once. Thematically, I decided not to include some genres for the sake of coherence, as the bulk of my favorites are concentrated in the categories of rock, alternative, and electronic music from the last twenty years. My apologies to Marty Robbins, Busta Rhymes, and Beethoven, but it was for the best. Another difficult choice I made was to limit my selections to those produced during the last two decades. As much as I love Floyd and Zeppelin, I feel a deeper connection with the music made during my lifetime, and I dare say most of us tend to feel the same.

Beyond that, I simply chose the songs that have resonated most powerfully with me over the years, and I worked diligently to order them very specifically. Music speaks to the full range of human experience, and I sought to capture its true voice. Each artist on my list is beloved to me, but I am compelled to mention six in particular who are foremost in my mind.

So there you have it. I’ve said my piece, and all that remains is the listening. I sincerely hope you enjoy. 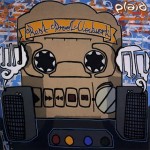 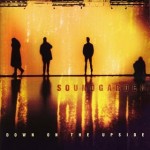