“I just need to get out of Greenville for a while. And I’m at the point where I’m willing to leave the company in order to do it.”

I was sitting across the table from my account manager Suzy, my Chick-fil-A chicken biscuit cautiously awaiting its fate. She and I were meeting to discuss certain frustrations that had crept into my job and indeed my life. A couple of months earlier, I had to say goodbye to a girl I really cared about when she decided to move away. My work had become significantly less enjoyable after our company took over several legacy website projects and foisted them upon me, spaghetti code and all. Yet I realize now that by voicing my concerns and demanding a better future for myself, I unlocked adventures and rewards that are still dazzling me with their effects. 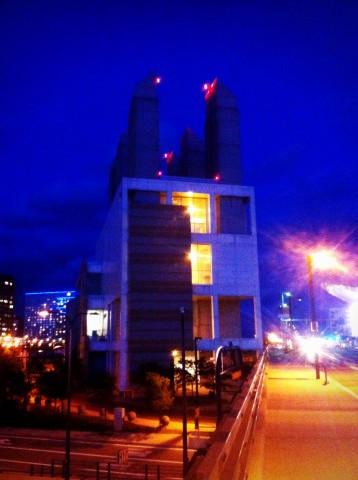 After the requisite discussion and planning with those in charge, I was granted a two-month leave to work remotely from wherever I wanted. As long as I was in contact with the rest of the team via instant messaging and Skype, I could put in my normal weekday hours and spend the rest of my time gallivanting as desired. Ultimately I chose to visit Boston and Chicago, with a brief interim in Toledo to visit my sister’s family. I wanted to experience two of America’s best cities—places that are integral to our country’s identity but without too much celebrity baggage. I could not have chosen better.

“This is mad whack and this is happening.”

So reads my OhLife entry the day I left Greenville. Because of lackadaisical planning on my part, my first week was spent in the pleasant town of Portsmouth, New Hampshire, instead of Boston proper. But it served as a useful adjustment period for what was to come. The next two weeks were an absolute whirlwind of intrigue, sights, sounds, old friends, new friends, mystery, and glory. My first week’s housing was a YMCA room with no air conditioning (only a box fan) while Boston was setting record high temperatures. On the verge of insanity, I moved to a newly opened H.I. hostel the second week, and the difference was drastic. Meanwhile I met fantastic folks from my first day in Boston to the last: the tour guide in full Margaret Fuller costume, whose company met for drinks and snacks later that night to thank their friends and fans; the young lady who writes amazing blog posts about the single life; the adorable gal from San Diego with whom I shared pizza, beer, and great conversation; those two girls I thought were part of a CouchSurfing meetup at CBC but were lots of fun anyway; and an eclectic mix of cheese-shop workers and international travelers. 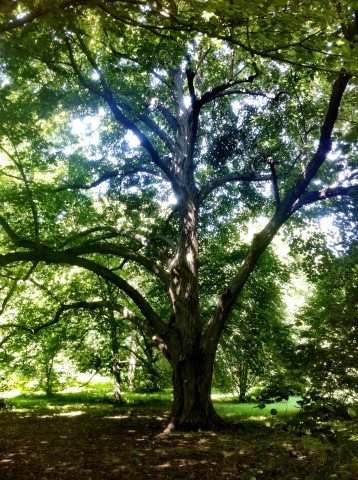 Apart from them I was able to meet up with my good friend Mark for the Samuel Adams brewery tour, an Improv Boston stand-up comedy show, and other endeavors. He convinced me to buy a hat at Salmagundi which has since garnered much approval. And we enjoyed various incredible lunches and snacks all over town. Indeed food was a top priority of mine during the entire voyage, and I made full use of Yelp in deciding where to invest my culinary dollars. Highlights include Woody’s, Casa Razdora, Mike & Patty’s, Zo, Mike’s Pastry and many more. A link to my Yelp reviews is probably in order, but there is the small matter of writing them first.

Boston provided two indelible excursions that may have changed me more than I even realize. The first was a nighttime walk through downtown and the harbor area. The combination of weather, ambient noise, and impressive buildings was just what I needed that particular evening. One structure simply awed me with its imposing presence and alien shape—I could only identify it by one small sign that read “Ventilation Building.” Somehow that was perfectly apt. My second unforgettable excursion took place at the Arnold Arboretum, a gorgeous preserve for a wide variety of trees and other plants. It filled me with a sense of grandeur and nostalgia that was far more powerful than I expected. Finding myself under one particularly enormous tree whose vast branches allowed only streaks of sunlight to burst through, and surrounded by lush green fields with not another soul in sight, I was stirred to the point of tears. The beauty of that moment was the final imprint of my time in this great city.

Soon afterwards I departed for my sister’s place in Toledo, where I would finally get to see my two wonderful nieces. Part Two of my journey still lies ahead…