The world would benefit from less writing—or, as George Orwell might have put it, less writing without purpose. While this opinion seems completely out of fashion in the age of SEO, page-views, and up-votes, I fully believe that inspired words will always trump manufactured ones. This is likely the main reason I do not write as much about philosophy these days. Instead of experiencing new “aha!” moments on a regular basis, I often find that events unfold according to the worldview I have already described in my prior musings. So in lieu of new principles concocted for the sake of generating “fresh content,” perhaps a succinct but comprehensive review of the existing points should rather be attempted, once and for all. 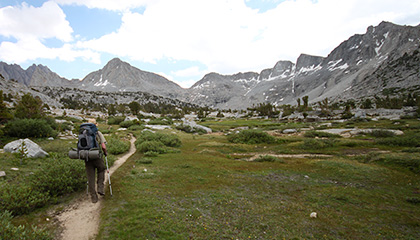 The most important aspect of my worldview, which is heavily pragmatic in practice, is the acronym ROPE: reception, observation, perception, emotion. These are the four means by which humans obtain knowledge. They become more useful as the search for real truth becomes more honest.

Employing these four methods knowingly for a long enough time allows certain characteristics of human nature to attain a higher level of importance than others. I believe the three most valuable are empathy, balance, and loyalty. Balance in particular is absolutely fundamental. Not surprisingly it constitutes the basis of such prevalent belief systems as Buddhism and Taoism. It figures more implicitly in Christianity’s concepts of liberty and temperance, yet is also portrayed as the torn, divided mental state of Romans 7. But Christianity certainly exalts loyalty and empathy, which indeed must balance each other on occasion.

Because human beings are malleable creatures, certain other common traits must be recognized and either harnessed or overcome. I called them “givens” in a prior essay, mood swings being the most critical. Aside from these, one aspect of the human mind that deserves special consideration is its propensity for single-tasking. Due to this frustrating yet necessary feature of existence, we are consistently in danger of “missing the forest for the trees” and permitting our way of thinking to become more isolated than we might otherwise have wished or predicted.

However, our tendency to single-task fortunately allows us to affect our own dispositions with positive thoughts and ideas. Simply by forcing myself to consider good things—which I have deduced over time via ROPE—I can often repel apathy or regain control of runaway emotions. With clarity of thought restored, I am free to make sense of such mysterious and wide-ranging phenomena as women, nature, race, and religion. And I am empowered, if only barely, to navigate the troubled seas of loss and confusion.

Humanity’s chief desires have been summarized no more aptly than by the Declaration’s famous words “Life, Liberty, and the pursuit of Happiness.” Each individual would do well to form a worldview with these as their goals, and this I have attempted to do for myself. You may take it or leave it, but if recent years are any indication, my philosophical framework is essentially complete and has guided me well. Whatever I write hereafter will merely be adornments.