There are three principles which I believe are vital for living a life that is satisfying: empathy, balance, and loyalty. I use the term satisfying to mean the various positives that one might use to describe such a life: successful, virtuous, self-actualized, finding inner peace. I have considered the value of my three principles for a while now, partly because time is the best indicator of the veracity of my belief, and partly because I desired to communicate my ideas about them in some grandiose fashion worthy of their supposed importance. Such essays, as many of us know, take time to formulate. Right away I must acknowledge that one of the most presumptuous things a person can claim is to possess the keys to a happy life, and I hereby announce that this is not my intention. There is, after all, frequently a disconnect between theoretical abstractions and real life. And at any rate, I have not set out to discuss these three attributes primarily—they merely serve as a framework for what I really want to discuss, which is that the human condition throughout history is largely resultant from the mind’s natural inclination towards single-tasking. 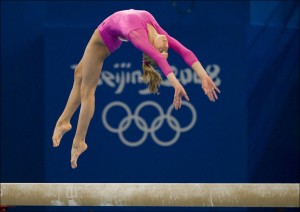 In plainer terms, I could be guilty of stating a self-evident truth—we act the way we do because the mind behaves the way it does. Yet I believe this simple insight helps explain several facets of human behavior, and indeed highlights the difficulty of adhering to one set of principles at all times. The very concept of “balance” that I hold so dear necessarily depends on the consideration of opposing viewpoints. I am quite aware, in fact, that the other two principles I mentioned, empathy and loyalty, are themselves two sides of the same coin.

The human mind has been aptly compared to a computer, and the similarities occasionally run deeper than many realize. Computers have had the ability to multitask for many years now, yet upon closer inspection one notes that the central processor merely devotes a number of “clock cycles” per second to each of its tasks consecutively, granting the illusion of handling several things at once. In the days before it possessed multiple processors working in tandem, a computer’s “brain” had to be nimble enough to switch tasks quickly and effectively. Such is the case for a person’s mind, and barring the potentially grotesque emergence of multiple brains of our own, this nimble handling of our collected information is the challenge we perpetually face.

Since even our best attempts at multitasking are illusory and we are thus bound to varying intervals of single-tasking, one can begin to explain an array of naturally occurring human behaviors: mood swings, the power of persuasion, becoming distracted, practice makes perfect. The mere fact that one line of thinking can overwhelm and eventually dominate someone’s mind not only describes the experience of addiction, it also gives rise to the tendencies that manifest as homicide or even genocide. Such domination of a single idea or fixed set of ideas could also describe religious zealotry and its frequent nemesis, obsession with pop culture.

With this essay, I feel that I am arriving at a synthesis of my previous philosophical musings, a unified concept of the human experience that is admittedly basic—perhaps a result of my own predilection towards pragmatism and common sense. The implications of these thoughts are that the cynic and the optimist are both right. While I am forced to concede that tragedy in all its forms may always be part of the plight of mankind, I also know with utter certainty that through the convergence of our individual efforts and serendipitous timing, we the people can continually inspire others, and ourselves, to greatness.

I hope to say more of the principles of empathy, balance, and loyalty, in due time. But perhaps it is best that we simply consider the words themselves and what they mean to us. Our single-tasking minds would surely do well to recall them often.