Now if there were two such rings, and the just man would put one on, and the unjust man the other, no one, as it would seem, would be so adamant as to stick by justice and bring himself to keep away from what belongs to others and not lay hold of it, although he had license to take what he wanted from the market without fear, and to go into houses and have intercourse with whomever he wanted, and to slay or release from bonds whomever he wanted, and to do other things as an equal to a god among humans.

The mythical “Ring of Gyges” is briefly mentioned in Plato’s Republic to illustrate a critical point. The tale shares obvious similarities with The Lord of the Rings including this central question: What would any of us do with that much power? 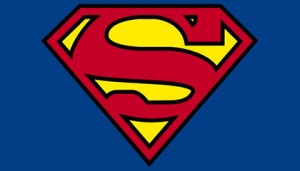 In the case of these rings, that power is voluntary invisibility. After mulling it over for a while, I concluded that while humanity obviously derives pleasure from rewards, we gain far more satisfaction from having earned them fairly. The beaming serenity of overcoming a challenge to achieve a prize far surpasses the cheap glee of obtaining it without due effort.

But Plato’s parable also led me to consider another question: Would invisibility be the best power to possess, or are there any better? Eventually I narrowed my list of ultimate powers to four. Ponder each of them carefully, then ask yourself: Which power would I choose over the rest, and would I trust myself to wield that power responsibly?

We have already touched on the benefits of invisibility. For the purpose of my scenario, this power could be switched on or off voluntarily without the aid of a ring. Also, this power would grant absolute immunity to detection by sight, touch, or any other sense. Only your conscience would limit you.

With this power, you would be free from all physical pain for the rest of your life. No substance or situation would cause even the mildest disease. No daredevil feat would induce even the slightest discomfort. Your skin would never break or burn, and for all practical purposes you would be an invincible tank. The only caveat is that you will still die someday of old age.

This is actually a tough power to describe, because you would not have the aforementioned benefits of invulnerability. You could still get hurt or become sick, but your cell development would always remain at its peak, allowing you to appear as if you were in the prime of your twenties or thirties. If you unfortunately sustain enough damage to warrant death, you could still be reincarnated with your same physical features and memories within a day.

This power is intriguing, because although you would have all the standard physical limitations of humanity, your intellect would be virtually unlimited. Any conventional skill or talent could be learned within a few days at worst, but I must insist that you could not merely “invent” the other powers and grant them to yourself. We must assume that nature itself possesses its inherent limits, and that these various powers are of a supernatural variety.

These are the four powers from which we must select the best. I briefly entertained the notion of adding two more: unlimited energy and the power of flight. But I decided that immortality was a superior option to energy, and that flight could probably be achieved in some form with the power of intelligence or invulnerability. My goal is for each power to be enticing in its own way and for the choice to be somewhat difficult. For my part, I am curious to see how others answer before revealing my own preference. So, friends, which power would you choose?