Arriving sooner than expected and at twice the typical length, 2013’s mix tape is ready to envelop your ears in ecstasy. Methinks you may like it even better than discs 1, 2, 3, or 4. I say “discs” only because my playlists are always pared down to 80 minutes or less (or in this case, a “double album” of 160 minutes). The usual restrictions apply: no artist or album appears twice. But there’s always been more to my philosophy than this. 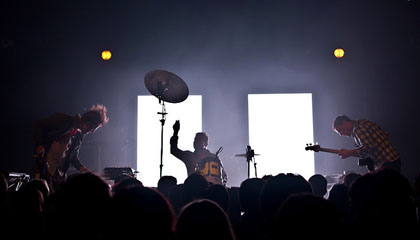 To me, the most important parts of an album are the first and final tracks. The opener needs to represent the whole—it should prepare you for the musical journey you are about to take. Production quality, originality, and lyrical or emotional themes are key. Additionally I prefer to choose a song that is not already the first track on its own album, because I want to surprise the listener a bit with my choice. I approach the final track similarly. It must not be the final track of its source album, yet it must contain a powerful idea that remains with the listener when the experience is over. The opening and closing tracks are not always decided at the outset, but the candidates usually become clear soon enough.

Once these are established, the first four and last four tracks tend to fall into place without too much analysis. The idea of “winding up” or “winding down” is critical in a mix tape—the emotional content should carry smoothly from one track to the next, even while it is subtly changing. Typically a strong idea will last for three or four tracks before becoming something else, and if the idea is especially intriguing or sobering, then that’s a prime spot to follow up with a meditative track, typically one without vocals.

These are just a few of the guidelines I use when constructing these playlists. I also review the lyrics after setting the final track order to ensure that everything has come together cohesively. For this edition of Brademixx, I have once again used MOG as my primary tool, but this time I have also made it available on Rdio and Spotify. (UPDATE: All Brademixxes are now available as MP3 files only.)